About the Crystal Healing Workshops 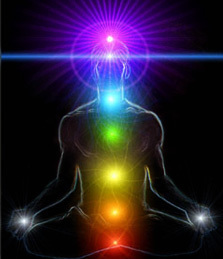 I have ran these workshops for several years, and they prove hugely popular.  I have been asked to hold them again this year, and I am excited that John is able to join us again.

What is Crystal  Healing?

The  use of crystals, minerals, rocks, gemstones for healing goes back to all the
ancient cultures.  Over time, with experience, the properties of different
minerals became known, just as each culture got to know the benefits of their
local herbs and plants for healing.

Clear  quartz, sometimes known as rock crystal, and composed of silicon, oxygen and  water, has known properties of storing, focussing and transmitting a very
constant frequency of energy vibration.

Quartz is used for these very properties in watches, computers, and much of the scientific precision equipment used in  industry and in our hospitals, such as CAT scans, ultrasound machines etc.  The lasers used in laser surgery are powered through quartz and so crystals are key to our most advanced surgical procedures.

Human beings are largely made up of water, oxygen, some silicon and the remaining 5%  or so is various trace minerals and elements.  Since we are so largely made up of the same elements as quartz, we vibrate, on an energy level, at the same frequency when we are in perfect health and balance.  When our energies are out of balance, through mental, emotional or physical dis-ease, quartz can bring us back to balance.

About your Teacher - John Spillman
John Spillman first learned hands-on energy healing in 2005; s began her training in Crystal Healing in  2005, and then took a 2-year Diploma in Crystal & Gem Therapy, qualifying in JUNE 2007.  John has taught Crystal & Gem therapy practitioner training since 2008, and  is also a qualified Reiki Master Teacher healer. With2 years on committee of UK Reiki Federation.

There are several levels to the crystal healing workshops... each one giving entry to the next level.  If you are interested in completing all levels, please contact Dawn via the contact form.